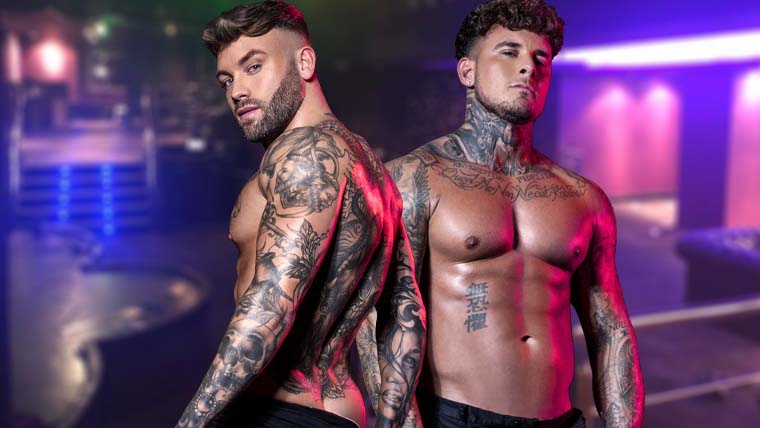 Buy Tickets & Merch  〉
Home to the angel of the north and by far the North East’s biggest hen party city, Newcastle is one hell of a place to celebrate your last night of freedom. It’s all systems go when you arrive in Newcastle, with a party atmosphere that’s second to none, you can be sure that if you’re looking at celebrating your hen night in Newcastle, you won’t be disappointed. But the Dreamboys male strip club isn’t just about hen nights, we are proud to be the world’s most inclusive male strip company welcoming everyone to our shows, whether its a girls night out, gay stag do, hen night, birthday, date night, divorce party or just because, we offer the very best of the male strip show experience.

Newcastle is stuffed full of fantastic bars, nightclubs, restaurants and hotels, but better still its home to the UK’s largest shopping centres, the Metro Centre & Eldon Square in the city centre. If you’re having a weekend getaway away in Newcastle, be sure to check them out. As night time falls, it’s time to get ready for The Dreamboys show where you’ll get to see the hottest boys in town live in action. We are fully licensed and trust us things get pretty crazy!

In Newcastle we are lucky to have one of the world’s most renowned drag queens. Dubbed as the 'North East's Premier Showgirl', with Vegas style feathers, Miss Tess Tickle starred in the TV advert for Virgin Atlantic’s first Pride Flight. Tess and her gorgeous Newcastle male strippers put on quite a show so make sure you don’t miss out. Tickets sell fast in Newcastle so book early to avoid disappointment! Our male strip club is in high demand!